James Joy, the entrepreneur from Durham, brought the first bell to Pittsfield about 1826.  This small bell was placed on a temporary structure, which stood in a vacant lot where the Agents House on Factory Hill now stands.  It was used to call together the workmen who were then building the woolen factory.  This five story wooden structure burned within a few months of its completion, probably the result of arson, and the following year a brick building was erected in its place.

The bell was then removed from the vacant lot and placed in the new factory.  In 1827 it cracked and was replaced with a much larger bell.  It was then recast in 1864 by Henry N. Hooper and Company of Boston, and put back into the tower where it remained for another 84 years.   At the time of recasting it weighed 924 pounds.

The bell remained in the Cotton Mill Tower until 1949, when the Exeter Manufacturing Company went out of business.” (Source: Larry Berkson, Pittsfield’s Bells and Whistles, pg 21).   The bell was removed and eventually came into the possession  of Kenneth Rohr.  “In the fall of 2002, through a series of coincidences, the Pittsfield Historical Society learned of the bell’s whereabouts.   Mr. and Mrs. Rohr were contacted and generously offered to donate it to the Society.  It was brought back to Pittsfield on September 5, 2002.  On July 12, 2003, it was placed in front of the Agents House, the location of the first bell in Pittsfield and adjacent to where it resided in the cupola of the Cotton Mill for over 120 years.” (Source: Ibid, pg, 30)

In the fall of 2002, a committee of 9 individuals under the Chairmanship of Larry Berkson had its first meeting.  Over the next ten months, the bell was refurbished, a location was selected for the placement of the Cotton Mill Bell, the site was designed and graded and the circular brick base of the bell erected.   A brick walkway was built and a memorial plaque installed.

The images below chronicle the history of the bell 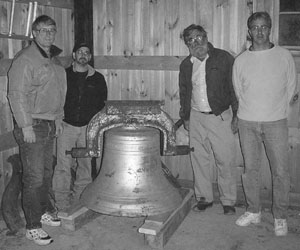 Our First View of the Bell 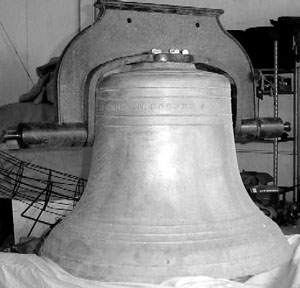 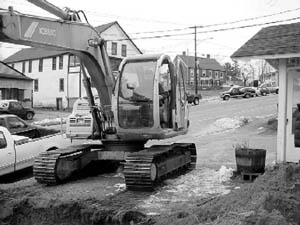 Jim Webber Preparing the Base 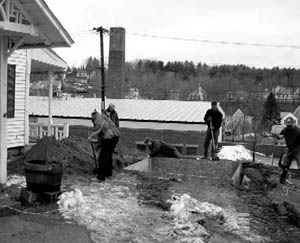 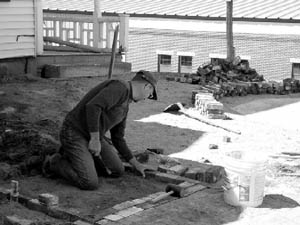 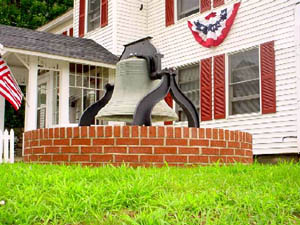 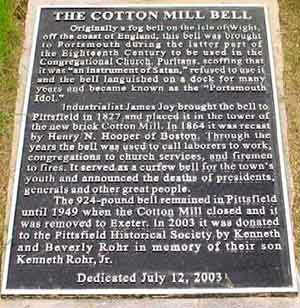 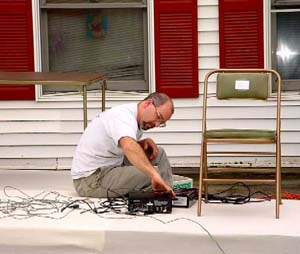 Paul Provencal Preparing for the Dedication 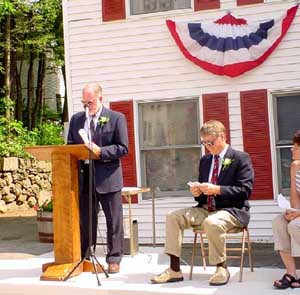 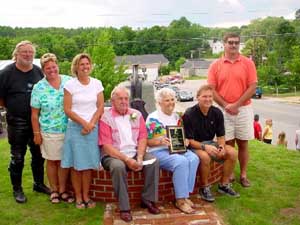 The Rohr Family at the Dedication

Please email your comments and questions.