Meetings are held on the 2nd Wednesday of the month, unless otherwise noted, at 7 p.m. at the Pittsfield Historical Society Headquarters, 13 Elm Street in Pittsfield. The January meeting is the Society’s Annual Meeting and is held on the 2nd Tuesday of that month. There are no meetings in February-April, July-August, and November-December. 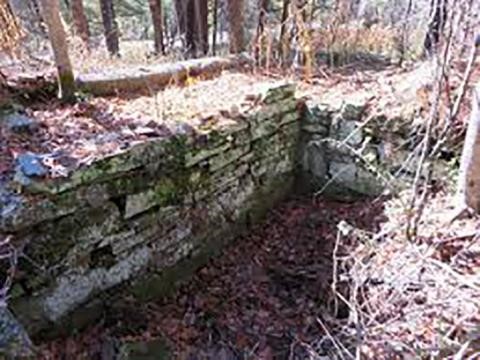 Have you ever wondered about cellar holes? Those indentations that may be the remains of an old building your parents or grandparents told you about. Northern New England is full of reminders of past lives: stone walls, old foundations, a century-old lilac struggling to survive as the forest reclaims a once-sunny dooryard. What forces shaped the settlement, and later the abandonment, of these places?
Adair Mulligan, our guest speaker, will explore the rich story to be discovered in what remains behind. She will describe how one town has set out to create an inventory of its cellar holes, piecing together the clues in the landscape.
The program is made possible through the New Hampshire Humanities.

This program, presented by the Pontine Theater from Portsmouth, highlights Alice Brown’s regional stories of the idyllic New England life which were published from 1895 to 1910. Alice Brown, a native of Hampton Falls, wrote short stories that portray the simplicity and goodness of country life with an emphasis on small-town interests and regional dialects.
After her death in 1948, Alice Brown’s vibrant regional writing faded from local and literary memory. However, a resurgence of interest in overlooked women authors of the nineteenth and twentieth centuries has prompted recent reprinting and reissues of numerous of Brown’s regional short story volumes, bringing her to the spotlight once again.
Pontine Co-Directors, Marguerite Mathews and Greg Gathers, have selected three of Ms. Brown’s evocative tales to bring to life on stage: Farmer Eli’s Vacation (1895), Gar-dener Jim (1910), and A Poetess in Spring (1910). Each story introduced a cast of colorful characters portrayed by Gathers and Mathews through storytelling and the use of Victorian-style Toy Theatre figures created by Greg Gathers.

Michael Bruno, author of Cruising New Hampshire History, a book on New Hampshire’s iconic roadside historical markers, will present the story behind some of these markers.
As a young adult, Michael stopped at the historical markers that dotted the Granite State highways while riding his motorcycle. He found each of the markers intriguing with their unique story. Now more than thirty years later, Michael has embarked on a project to visit and to provide expanded information regarding each of the 255 historical markers that are currently exhibited along the highways in the Granite State. These roadside historical markers commemorate significant events and individuals from the first settlers arriving in 1623 to notable individuals who helped define what New Hampshire is today.
His presentation is geared towards the history of the NH Historical Marker program, how he came about the idea of the book and some local marker information specific for our community. He will entertain any audience questions. He will have books available for sale, cost $20, and will be happy to autograph them as well.
This program, presented by the Pontine Theater from Portsmouth, highlights Alice Brown’s regional stories of the idyllic New England life which were published from 1895 to 1910. Alice Brown, a native of Hampton Falls, wrote short stories that portray the simplicity and goodness of country life with an emphasis on small-town interests and regional dialects. 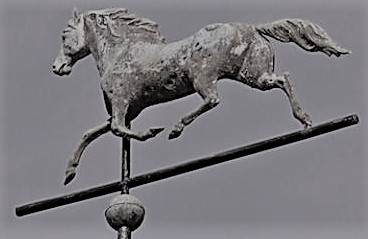 Weathervanes: functional and decorative. This program on weathervanes, presented by Glenn Knoblock, offers a fun and engaging look at the historic and unusual weathervanes found on New Hampshire’s churches, town halls, and other public buildings from earliest times to the present. Highlighted by the visual presentation of a sampling of the vanes found throughout the state, this descriptive and informative program will trace the history of weathervanes, their practical use and interesting symbolism, as well as their varied types and methods of manufacture and evolution from practical weather instrument to architectural embellishment.
Glenn Knoblock is an independent scholar and author of fifteen books and over 100 articles. He is also the author and historian on projects relating to Northern New England bridges, New Hampshire cemeteries, and brewing history, and African-American military history.
The program is made possible through New Hampshire Humanities.

In the Good Old Summer Times, by Board of Directors
History of the Pittsfield Players, by Maureen Van Horn, Maye Hart, and Meggin Dial
Tour of Pittsfield in the 1980s, by Jonas and Elaine Glidden
Memories of the Canning Factory

History of N. H. Indians, by John Moody
The History of Cinema in the Granite State, by Jeffrey Klenotic
The Old Man of the Mountain and Franconia Notch, by Maggie Stier
The Roosevelt Funeral Train, by Carl E. Lindblade
Show and Tell, by the Society

Trash and Treasure, by Frank Eaton
History of Pittsfield Aqueduct, by Cedric Dustin, III
Readings of Poetry, by Sharon Olds
That Reminds Me of a Story, by Rebecca Rule
The Life of Vaughn Blanchard, by Larry Berkson

Creating a Time Capsule, by Mark Wallace
Ferdinand F. French, by Paul Gauvreau
History of Fiddle Contests in New Hampshire, by Adam Boyce
George E. Freese, by Larry Berkson
History of the Congregational Church, by Reverend David Stasiak
A Taste of Life in the 18th Century, by Sabra Welch

Tell Us What You Think

Please tell us what you think about our new website and email your comments.